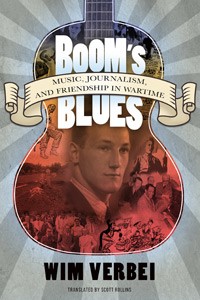 Boom’s Blues. Music, Journalism, and Friendship in Wartime by Wim Verbei, translated by Scott Rollins:
‘A recovery of the first book-length study of the blues and the story behind the extraordinary Dutchman who wrote it under Nazi occupation’.