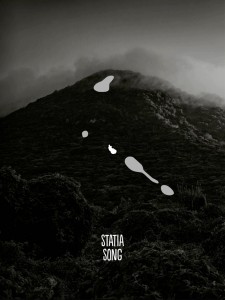 Over ‘Statia Song’ van Jeanette Bos in Daily Herald (Sint-Maarten), 17 december 2016:
In June 1996, Dutch photographer and social scientist Jeanette Bos landed in Statia and it was love at first sight. Two years later, she returned with 300 rolls of film, determined to make a book about the island in three month. But life had other plans for her: it delayed her project and made her come back year after year for six weeks, up to six months at a time. People on Statia kindly took her in; they taught her how to sing Statia songs and play the island’s traditional music. She even became a member of Statia’s only remaining string band, Killy Killy Band, and joined a group of women singing hymns with mourning families during wakes before a funeral. Statia became her home, and its people became her family. Now, after 20 years, the book is finally ready. ‘Statia Song’ was published with 87 photographs – each spread over two pages, measuring a foot by a foot and a half. The images are in colour and in black and white. They are images of Statia’s people and of the landscapes they live in. Bos wanted it to be “a strong and compelling portrait of the people of Statia and of the island’s beautiful nature.”
Lees hier en hier het artikel
Meer over ‘Statia Song’
Meer over Jeanette Bos op deze site